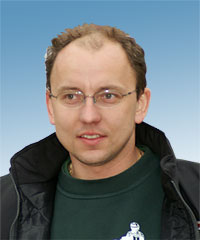 He devoted to racing in 2000 when he entered Czech championships in hill climb as well as circuit racing with Škoda Favorit in A1400ccm class.

In the season of 2011 he became the historically first champion of Lotus Cup Eastern Europe. In the same year he came 2nd overall in Division 4 (up to 2000ccm) of the International Championship of Czech Republic in circuit racing and FIA-CEZ.